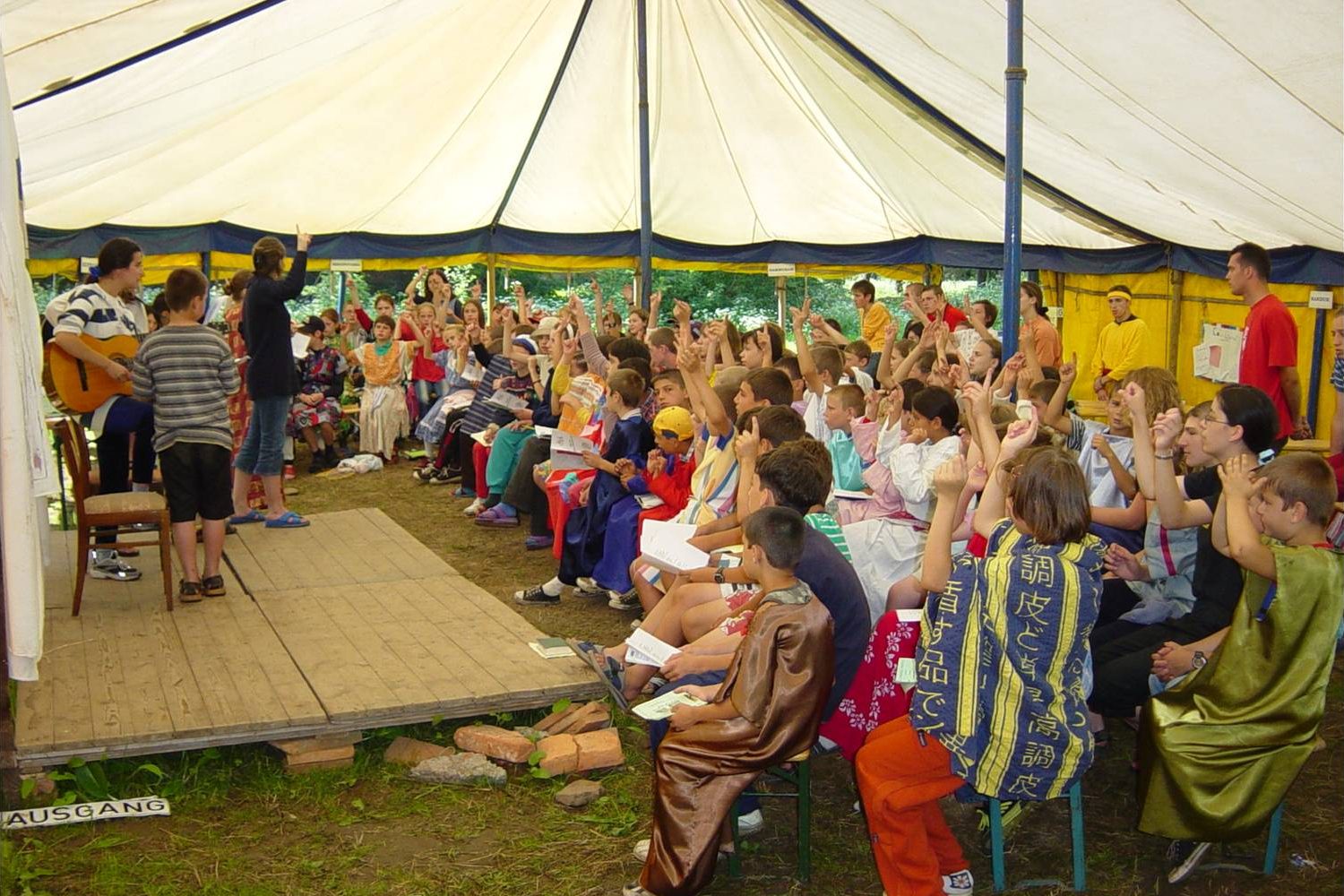 In 1990, after the fall of communism, a Lutheran pastor from Brașov visited the Torchbearer center Schloss Klaus in Austria.

As a result of this visit Schloss Klaus started a mission project in Romania to encourage the German-speaking Lutheran Church.

In 1997 Schloss Klaus sent Eberhard and Elke Beck as missionaries in Romania to develop the mission. Their work included pastoring a community in Prejmer, starting youth programs in Brașov, and leading “The Bible Weeks for Children” nationwide.

On 7th of July 2001 “Purtătorii de Făclie” was founded as an interdenominational mission for the Romanian-speaking population.

In the summer of 2003 the first Romanian tent camp “Micii Exploratori” was organized, and leaders from different church backgrounds partnered with us.

The same year, through exceptional circumstances, God made it possible for us to buy a beautiful piece of land. The land is situated in the central area in Romania, at the base of the Bucegi Mountains, 6 km away from a town called Râșnov, in Brașov county.

On 13th of August 2005 the construction at PdF center had started funded by personal contributions.

In 2006 a social-missionary project for children in need started in Codlea and ended in the summer of 2012.

In 2006 PdF started ”Micii Exploratori”, a network of clubs for children in partnership with Daniel Horst from ”EUROPA.”

In 2012 the main building was finished. A God-given dream has been fulfilled. We are able to use the center throughout the year, and new doors have opened to expand our mission.

This site uses cookies. By continuing to browse the site, you are agreeing to our use of cookies.

We may request cookies to be set on your device. We use cookies to let us know when you visit our websites, how you interact with us, to enrich your user experience, and to customize your relationship with our website.

Click on the different category headings to find out more. You can also change some of your preferences. Note that blocking some types of cookies may impact your experience on our websites and the services we are able to offer.

These cookies are strictly necessary to provide you with services available through our website and to use some of its features.

Because these cookies are strictly necessary to deliver the website, refusing them will have impact how our site functions. You always can block or delete cookies by changing your browser settings and force blocking all cookies on this website. But this will always prompt you to accept/refuse cookies when revisiting our site.

We fully respect if you want to refuse cookies but to avoid asking you again and again kindly allow us to store a cookie for that. You are free to opt out any time or opt in for other cookies to get a better experience. If you refuse cookies we will remove all set cookies in our domain.

We provide you with a list of stored cookies on your computer in our domain so you can check what we stored. Due to security reasons we are not able to show or modify cookies from other domains. You can check these in your browser security settings.

We also use different external services like Google Webfonts, Google Maps, and external Video providers. Since these providers may collect personal data like your IP address we allow you to block them here. Please be aware that this might heavily reduce the functionality and appearance of our site. Changes will take effect once you reload the page.